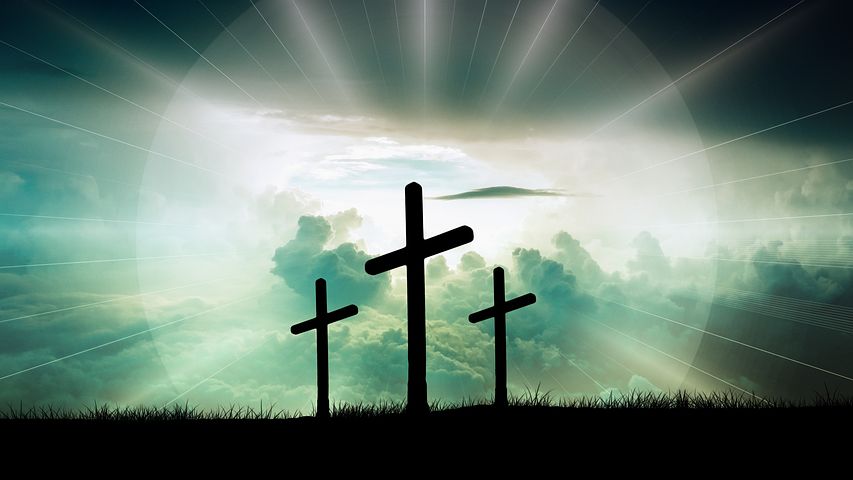 In the last days, John in the spirit goes into heaven, and sees four Seraphims, Angels and 24 immortal Jews of the Christian Church worshipping Jesus of Nazareth who is sitting on the magnified throne of God. From this view point John sees signs of the last days, the end time who is jesus, end of time, the last days, and all things, which shall shortly come to pass. The signs of the last days are fear-inspiring. The end of time is imminent. The time of the end is at hand. John saw all things that will shortly come to pass; and now more than ever. From his point of view, Moses saw the back of the similitude of God and His feet on a sea of transparent gold; but John was able to look upon the face of God, and see deep into the future. This is a most glorious scene. Here is the Prince of Life was handed over to wicked men, who speared Him in the side, and made His blood gush out; but God vindicated Him by raising Him from the dead and enthroning Him in God’s seat. The twenty-four Jewish elders, and angelic host, and millions upon millions fall down before him in adoration and praise. All creation bows before him and worship. Why is Jesus receiving eternal worship? Why is all of creation bowing before Jesus? Why is every knee kneeling before Jesus? Why? Why, because he is worthy. Jesus is worthy because he accepted to be murdered in order to ransom and redeem the elect of God. The divine Godhead predetermined, ordained, and predestinated deliverance for believers in the Christian Church. This is why I continue to insist that Mormon theology just does not make any sense. First of all, it is not biblical to any degree. Mormon apologists try to make it biblical by using Jesus as an example of an ordinary biological birth. These sophists don’t believe their own dogma when they insist that the Spirit that inhabited the tiny body of the infant Jesus was not the word, or Jehovah, the God of the Old Testament, who appeared to Moses in the burning bush, who presided over the Childfren of Israel in the wilderness. Mormon doctrine states very clearly that every mortal who is born on earth receives a mature spirit that has been spiritually procreated by the Mormon father god to inhabit his or her body. The Mormon apologists, those professional illusionists, don’t really have a biblical explanation for their theology about Jesus except the biblical scripture, Luke 2: 52, that states that Jesus “grew in wisdom and stature and in favor with God and man; ” but they, apparently, don’t realize that Jesus, when he was born, was entirely mortal and entirely God, and, though he was God, he had to learn how to manage and use his growing mortal body, since he had been a Spirit until his mortal birth.

When he was a small child, Jesus was protected by his eternal Father through the ministry of angels. Then, later, when he fully realized the identity of his real Father, when he was 12 years of age, he had said to the scribes in the Jerusalem Temple that “I must be about my Father’s business. ” The first miracle performed by Jesus, according to the New Testament, was the turning of the water into wine at the Cana marriage. After that time, Jesus used his powers, as God and as a man, to show his glory, and to defend himself in his ministry, until it was time for him to offer himself up as the perfect sacrifice for sin. Yet, continually, he made it very plain that if he asked his Father for anything, it would be given to him. The Mormons want you to believe, however, that Jesus was not “a” God until he was crucified on the cross and was resurrected. The polytheism of Mormon godhood completely does away with the biblical Trinitarian application of the one God comprising the father, the word or the Son, and the Holy Spirit. The Mormons would have you to believe that there are two (2) gods, Jehovah (Jesus) and Eloheim (the father), who reside, each in a resurrected body, on a celestial sphere near a planet called Kolob, and one (1) god, the Holy Ghost, or Holy Spirit, who resides on the earth. In addition to these three Mormon gods, there exists, according to Joseph Smith, a council of gods, somewhere in the cosmos, which approves the ordination of resurrected Mormon men who seek to attain godhood. This adds greatly to the Mormon theological concept of polytheism.